The 14th edition of Umore Azoka-The Leioa Festival of Comedy Street Theatre, which is to be held on 16, 17, 18 and 19 May 2013 in a range of performing sites and public areas, has received 300 applications from companies interested in taking part in this year’s event. These applications, which have been received from all over the world, are being processed with a view to their inclusion in a programme that will consist of around fifty different shows.

Following the closure of the admissions period, which ran from 26 November 2012 to 30 January 2013, the organisers of this year’s event are currently immersed in the selection process, and each company will receive confirmation of the receipt of the material submitted.

The selection process will conclude before 11 March 2013, when each company will be notified of whether or not it has been included in the programme for the 14th Umore Azoka.

This year’s programme will consist of around fifty shows involving theatre, music, circus and street dancing, designed for children, all the family or an adult audience. 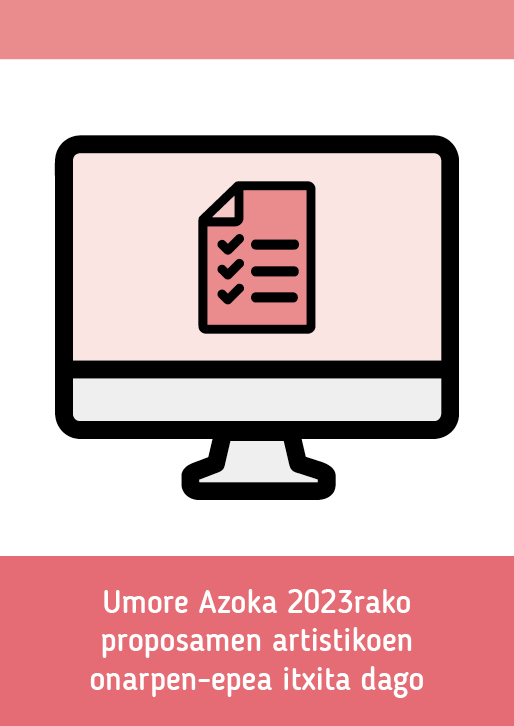